Is it possible to exaggerate grace? No, not really. But it is possible to twist it. It is possible to forget that ‘we have received grace and apostleship to bring about the obedience of faith’ (Romans 1:5). It is possible to forget that grace reigns through righteousness (Romans 5:21), that it does not abound so that we may continue in sin (Romans 6:1), that sin does not have dominion over us because God’s grace prevents it (Romans 6:14), that Christians behave in the world with simplicity and godly sincerity … by the grace of God (2 Cor. 1:12), that God’s grace has appeared ‘training us to renounce ungodliness and worldly passions, and to live self-controlled, upright, and godly lives’ (Titus 2:11-13). – Michael Eaton 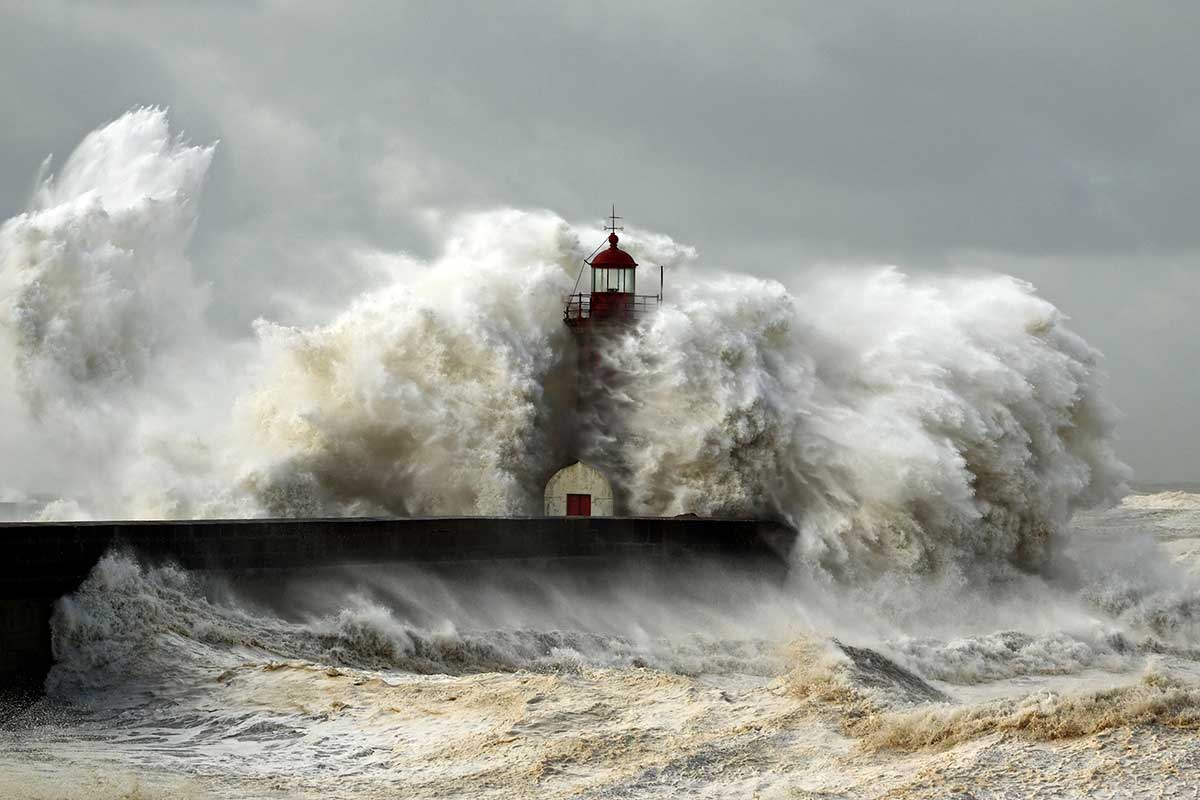 Published here with the kind permission of MichaelEaton.org

There were many who discovered grace! It was wonderful. This is what the gospel is all about – the grace of God. We are saved by grace. We have a position in grace. We stand in grace. We are guarded by grace. God’s grace is sufficient for us. All of these statements may be found in Scripture. 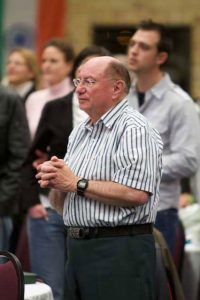 Then there came a time when we seemed to have won a victory and large numbers were rejoicing in the grace of God. But then just at the point when we were rejoicing in a new grace-movement and were happy that legalism and eternal insecurity were being put down, suddenly we began to hear of people who seemed to be emphasizing grace in an imbalanced way, and moving from the frying pan to the fire — a legalistic frying-pan to a licentious fire. We did not need ever to confess sin (so was the rumor). It was said that covenant-blessings are so automatic that we do not need to walk before God and be blameless (despite Genesis 17:1-2) to get the blessings. I began to call it hyper-grace and felt the balance was going too far and that grace was being twisted.

But now it is getting worse still and I have invented a new term — ‘hyper-hyper-grace’ or ‘doubly-hyper grace’. Recently I have come across four versions of it, and I think I’ll tell you about them.

Number one, I experienced in Australia. In October 2010 I visited a church in Australia which called itself a ‘Grace’ church [the word was in its name]. I was on a few days’ holiday with my daughter and her family and on the Sunday went to the nearest charismatic church I could find. There the word ‘grace’ dominated everything. Every song was about God’s accepting us. ‘God you accept me’. ‘It does not matter what I do you take me as I am’. ‘Lord, you love me so much, you give me a sloppy wet kiss’ — one song actually said that! But not once was the name of Jesus mentioned! Apparently – in the view of the worship-leader – God accepts us without Jesus, certainly without any mention of faith in a God who insists on sanctifying us practically as well as positionally. It seemed that in the view of the worship-leader nothing has to be believed except that God takes us as we are — whether we are saved or not! This was the dominant note of the worship throughout. The preacher, a lady-elder of some kind, did not expound any Scripture; she mentioned the name of Jesus once or twice but there was no mention of Jesus doing anything except accept us as we are. Any unsaved person would have got the impression that there was nothing to do in salvation except know that God receives us without our doing anything in our lives at all, and who encourages us to live however we wish in the assurance that nothing we ever did could possibly be disapproved by God. We don’t need to call ourselves sinners. We don’t need atonement. I call this ‘hyper-hyper-grace’; it is false teaching. It is a false gospel far worse than the old legalism!

Number two I have heard of in South Africa. The idea seems to be going around that unsaved people may take part in the Lord’s Supper. Anyone who reads their bible knows how false this is. The Lord’s Supper is for believers – any of them, all of them, but only them! They are also to be invited to examine themselves and see that they come to the Lord’s Table with faith, and readiness to be restored.

You may remember what a battle Jonathan Edwards had over this very point. His grandfather Solomon Stoddard began to be troubled at the question as to whether unsaved adult children of Christians may come to the Lord’s Supper. He invented the idea of ‘the half-way covenant’ (as he called it) by which the unsaved adult children were welcomed and it was hoped that the Lord’s Supper might lead to their conversion.

Jonathan Edwards grew up with this system, pioneered by his grandfather. But he came to see that it was wrong and destructive in the life of the churches. It tended to produce dozens of nominal ‘church members’ with no experience of salvation. So he changed his mind and in his exposition of Scripture began to publicly disagree with his late grandfather’s teaching. But there were powerful nominal Christians in Northampton who were offended, and in the end, Edwards was thrown out of the church in which he had been the main preacher in the most powerful revival the world had known. It seems we might have to go through this conflict again – but Edwards was right and Stoddard was wrong.

Number three, I learned about while in the USA. It seems that there are now ‘grace movements’ which teach that everyone will be saved. The early church discussed three possible views of hell: eternal tormenting (Tertullian, Augustine), punishment for as long as was needed followed by destruction (Justin, Athanasius, Arnobius) and universal salvation – with even the devil getting saved (Origen, Clement of Alexandria). The first option won and Augustine’s teaching became orthodoxy within the medieval church and the Reformers maintained the same view. The 2nd option was always believed by a few and many evangelicals have gone that direction (John Stott, John Wenham, P.E.Hughes, many evangelical Anglicans – and Michael Eaton!). I used to hear it said a few years back that if ‘Augustinians’ kept on insisting that evil and torment lasts forever, it would lead to a backlash and people would start turning to ‘evangelical universalism’. Now it seems to be happening. Of the three options, universal salvation has been universally condemned by Bible-believing Christians as unscriptural.

Number four goes like this. It is said ‘We must not put guilt on people; we should not be given instructions; this makes people feel guilty’. I think in a sense some of these comments are half-right. We are not ourselves the judge of other people. It is the Holy Spirit who convicts of sin. Nor should we be dictatorial about matters where we are given a lot of freedom. Who are you to pass judgment on the servant of another? — as Paul said referring to small matters involving different opinions (vegetarianism, holy days, wine-drinking). We preachers need to be careful of the method by which we challenge and confront both the saved and the lost.

But the idea is being pushed much too far!! It is true that we never need to tell people who are clearly Christians that they might be rejected by God and lose salvation. We have an unlosable position in grace. OK, but does this mean that no one should ever be told that they are doing something wrong? Is no word of warning ever to be given about anything? Should we preachers throw out our doctrine of chastening? Should we never say to Christians ‘Because of these things the wrath of God is coming upon the sons of disobedience … Do not associate with them’. If we are never allowed to speak about something that is wrong to a fellow Christians, then we shall have to throw away half of our New Testament. What are all these epistles about if not trying to correct Christians who are making mistakes? It is true we should not make people feel rejected and ejected without remedy. But are we never to be ashamed of anything we might have done? 1 John 2:28 says that John’s little children are to abide in Jesus, so that when he appears they may not shrink back in shame. Rejection? No! Shame? Maybe!

When Paul asks the ‘Shall we sin that grace may abound?’ he gives the answer ‘No’. We surely have to be careful that our message of grace does not give the impression that the answer is ‘Yes’. Grace people are sometimes slandered as if they are antinomians. It is inevitable that we should be misunderstood in this way, just as Paul was! I have no sympathy with the slanderers — but we do have to be sure that the accusation is not true! It is wonderful to discover grace but we do need to keep in mind that ‘grace trains us to live self-controlled, upright, and godly lives’. – Michael Eaton

Commands in the New Testament?

Are there no commands in the New Testament? Of course, there are! They may not be Mosaic commands but there are still commands! We do all things that the risen Lord Jesus Christ tells us to do. It is all in faith but it will be the obedience of faith.

Can we never displease God? Of course, we can! Whether we are expecting to be alive or dead when Jesus comes we make it our aim to please him. We have been approved by God to be entrusted with the gospel, so we speak, not to please man, but to please God who tests our hearts. We ask and urge you in the Lord Jesus, that as you received from us how you ought to live and to please God, just as you are doing, that you do so more and more. No soldier gets entangled in civilian pursuits since his aim is to please the one who enlisted him (2 Cor. 5:9; 1 Thes. 2:4; 4:1; 2 Tim. 2:4).

Let’s get back to balanced grace, biblical grace, the grace that is obviously there for us to save us and heal our wickedness, the grace we discover as in the presence of the Lord Jesus Christ we read and read and re-read our bibles.

This is the secret. Let’s just expound Scripture and take it as it comes. The bible is a balanced book! We must not be mesmerized by our teachers – not by Michael Eaton, not by anyone.

But find out for yourself. The Bible is a balanced book.

You may or may not agree with all that Michael Eaton has said in this article but he is worth listening to on most subjects. – David Crabtree

David and Narelle have spent more than 30 years in Senior Leadership and were the founding senior pastors of DaySpring Church (Sydney) where they led for 27 years. They are currently living in Celina, Texas where they are teachers, preachers, conference speakers, and authors. They have two children with six grandchildren. Life's good! David and Narelle are also members of the Bethel Leaders Network (BLN) and have a role as BLN Builders.

David and Narelle have spent more than 30 years in Senior Leadership and were the founding senior pastors of DaySpring Church (Sydney) where they led for 27 years. They are currently living in Celina, Texas where they are teachers, preachers, conference speakers, and authors. They have two children with six grandchildren. Life's good! David and Narelle are also members of the Bethel Leaders Network (BLN) and have a role as BLN Builders.
More posts by David Crabtree