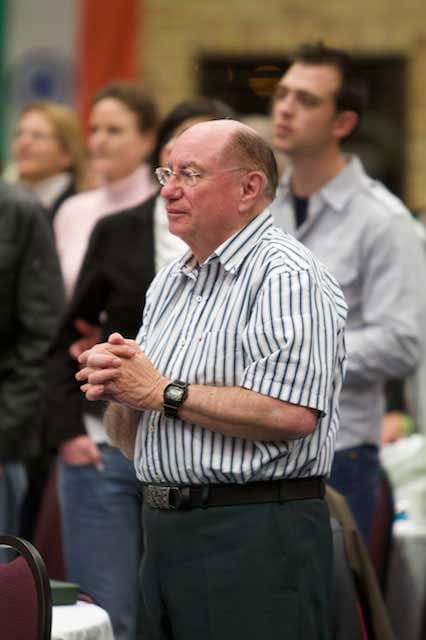 I must admit to a certain leaning toward Dr. Michael Eaton’s theology and teaching. Ever since I read his “A Theology of Encouragement” (now updated and available as “No Condemnation“) in which he strongly posits his view that the two main streams of Reformation theology, Calvinism and Arminianism, are both legalistic, and that Paul’s gospel is Torah free, I was encouraged and “hooked”.

Several years ago I invited Dr. Eaton to DaySpring Church in Sydney where he was a guest speaker at a pastors seminar and also at the church. We loved what he had to say and loved his bold addressing of legalism in the Christian church. It was Michael Eaton who said,

“Any moral code based on the Ten Commandments is legalistic.”‘

Unfortunately, in June 2017, while attending a conference in Johannesburg, South Africa, he had a heart attack and passed away in hospital. The Gospel lost a champion that day but his legacy lives on in his voluminous writings and recorded teachings. 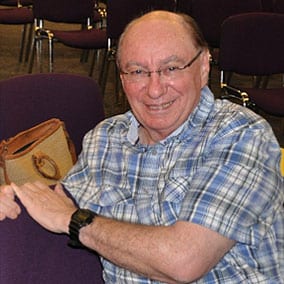 Michael Eaton was a preacher and writer who grew up in inner-city London but lived for many years in Nairobi, Kenya and worked with Chrisco Fellowship. and Michael became a Kenyan citizen in 1992 and his wife Jenny, was born, raised and still lives in Kenya.

Michael had degrees from the universities of London, Zambia and South Africa, and did Old Testament work at Tyndale House, Cambridge, which was published as his Tyndale Commentary on Ecclesiastes. His doctoral research was on the Christian and the Mosaic law (published in Theology of Encouragement or No Condemnation; in 1,2,3 John, and in James). He has a longstanding connection with Westminster Chapel in London and has written scholarly work on the Puritans and on the theology of Dr. Martyn Lloyd-Jones. He had lectured in the Baptist Theological College of Southern Africa (Old Testament exegesis), in the Nairobi Evangelical School of Theology (Old Testament studies and systematic theology), and in the Nairobi International School of Theology (exegetical methods).

However his main work was that of a preacher and he pastored the well-known churches, Lusaka Baptist Church and Nairobi Baptist Church, as well as pioneering multiracial ministry in Johannesburg. From 1986 he was one of the leaders of the Chrisco Fellowship of Churches, which began as a prayer meeting in 1978, but now has churches in different parts of Africa, India and Europe. Michael was co-pastor with his friend Jeremiah Mugala of Chrisco Central Church in Kibera slum suburb, Nairobi.

Michael studied under well-known Christian leaders such as J.I. Packer, J.A. Motyer and Professor Adrio König, the leading evangelical theologian of South Africa, and learned a lot from Dr. Martyn Lloyd-Jones and Dr. R.T. Kendall, both past ministers of Westminster Chapel, London.

Jenny was trained as a nutritionist and educationalist in UK, where she met Michael. Her own ministry tends to function alongside development projects in needy areas. She has been to every country that Michael has visited (except USA!) and has also had her own input into Eritrea, Rwanda, South Sudan, Uganda and inland China. She uses her considerable experience as a development worker to encourage outreach to needy areas of the world.

Michael and Jenny have three adult children. Their daughter Tina, is married to Roger and lives in Switzerland. Calvin is currently based in Kenya. Carey was a successful businessman in Nairobi but tragically lost his life in June 2014. His wife Stephanie is currently living in the UK. Trevecca and her husband Jason live in Sydney, Australia. 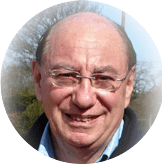 For more information about Michael & Jenny Eaton and Greenleaf Ministries, follow the link below.

David and Narelle have spent more than 30 years in Senior Leadership and were the founding senior pastors of DaySpring Church (Sydney) where they led for 27 years. They are currently living in Celina, Texas where they are teachers, preachers, conference speakers, and authors. They have two children with six grandchildren. Life's good! David and Narelle are also members of the Bethel Leaders Network (BLN) and have a role as BLN Builders.

David and Narelle have spent more than 30 years in Senior Leadership and were the founding senior pastors of DaySpring Church (Sydney) where they led for 27 years. They are currently living in Celina, Texas where they are teachers, preachers, conference speakers, and authors. They have two children with six grandchildren. Life's good! David and Narelle are also members of the Bethel Leaders Network (BLN) and have a role as BLN Builders.
More posts by David Crabtree